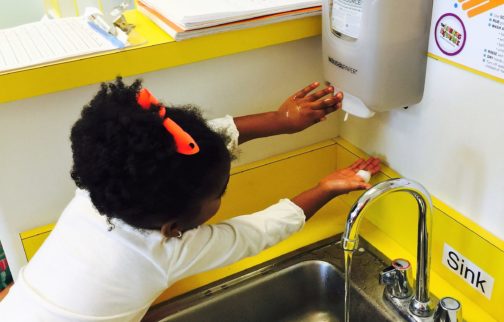 It’s no secret that a child’s behavior can be pre-determined by various factors, and a parent’s response to these behaviors can cause a positive or negative impact on the child’s consequent actions. In the same way adults need reassurance to know that their actions are being acknowledged and appreciated, children also need boosts to their tiny egos.

Positive reinforcement does not simply come in one form, but rather there are three main ways to practice recognition of good behaviors:

Verbal Reinforcement is one of the most effective ways to reinforce your child’s behavior. Examples of this include: “Great job on finishing your chores,” or “You were so kind to your sister today.  Keep up the good work.”

Tactile reinforcement takes it a bit further by not only praising your child verbally, but also making a point of contact through giving them a hug, a pat on the back, or a high-five.

Materialistic reinforcement can become a favorite for children of all ages for clear reasons. Rewarding your child for their good deeds with an item they want can be a sure way of encouraging correct behavior. This can range from allowing them to have their favorite snack before bedtime to getting the latest toy.

Regardless of the method a parent chooses to use, a consistent pattern of positive reinforcement should be followed to guarantee not only good behavior but overall positive habits.

Preparing Your Child for Back to School Season

Getting ready for the first day of school!

By The TLE Team
Getting close to that first day of school? Here are some tips that our Childcare Experts have come up with to help you make the transition back to school!
Read Full Post
×