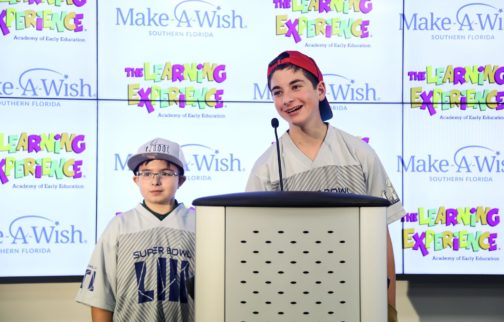 The New England Patriots and Los Angeles Rams weren’t the only ones that had their dreams of attending the Super Bowl come true this month! Sixteen lucky football fans with critical illnesses and their families got VIP treatment at Super Bowl LIII thanks to Make-A-Wish and its donors. Two of those fans, Ely Factor, a 14-year-old from Boca Raton with bone cancer and Roman, an 11-year-old from Lake Worth with leukemia, went to the big game thanks to Make-A-Wish Southern Florida. As regular donors for this chapter, the team at The Learning Experience’s World Headquarters wanted to do something special for the boys by throwing them a post-game VIP party.

Robin Weissman, the wife of The Learning Experience’s CEO & Chairman, Richard Weissman, even sponsored Roman’s wish. “Any time you see these kids after they experience a wish, they’re so grateful. They’re elated,” said Weissman. “It’s the most fulfilling feeling ever.”

“No wishes are like Super Bowl wishes,” Make-a-Wish Southern Florida president Richard Kelly said. “They’re in demand and they’re not easy tickets to come by.” Both Ely and Roman waited years for their wish, but according to Ely, “It was well worth the wait.”

The boys and members of their families reunited at The Learning Experience’s World Headquarters the Tuesday after the Super Bowl to share their experiences and thank those that helped grant their wishes.

Even though these two football fans were just treated to the experience of a lifetime, the team at TLE’s World Headquarters went out of their way to make the boys’ visit special.

The boys walked into TLE’s Bubbles’ Café to the tune of the National Football League theme song, as employees lined the hallway to cheer them on by waving pom-poms or throwing them high-fives. They found members of the local news media waiting inside, where they got to experience an interview set up to resemble post-game interviews with pro athletes. 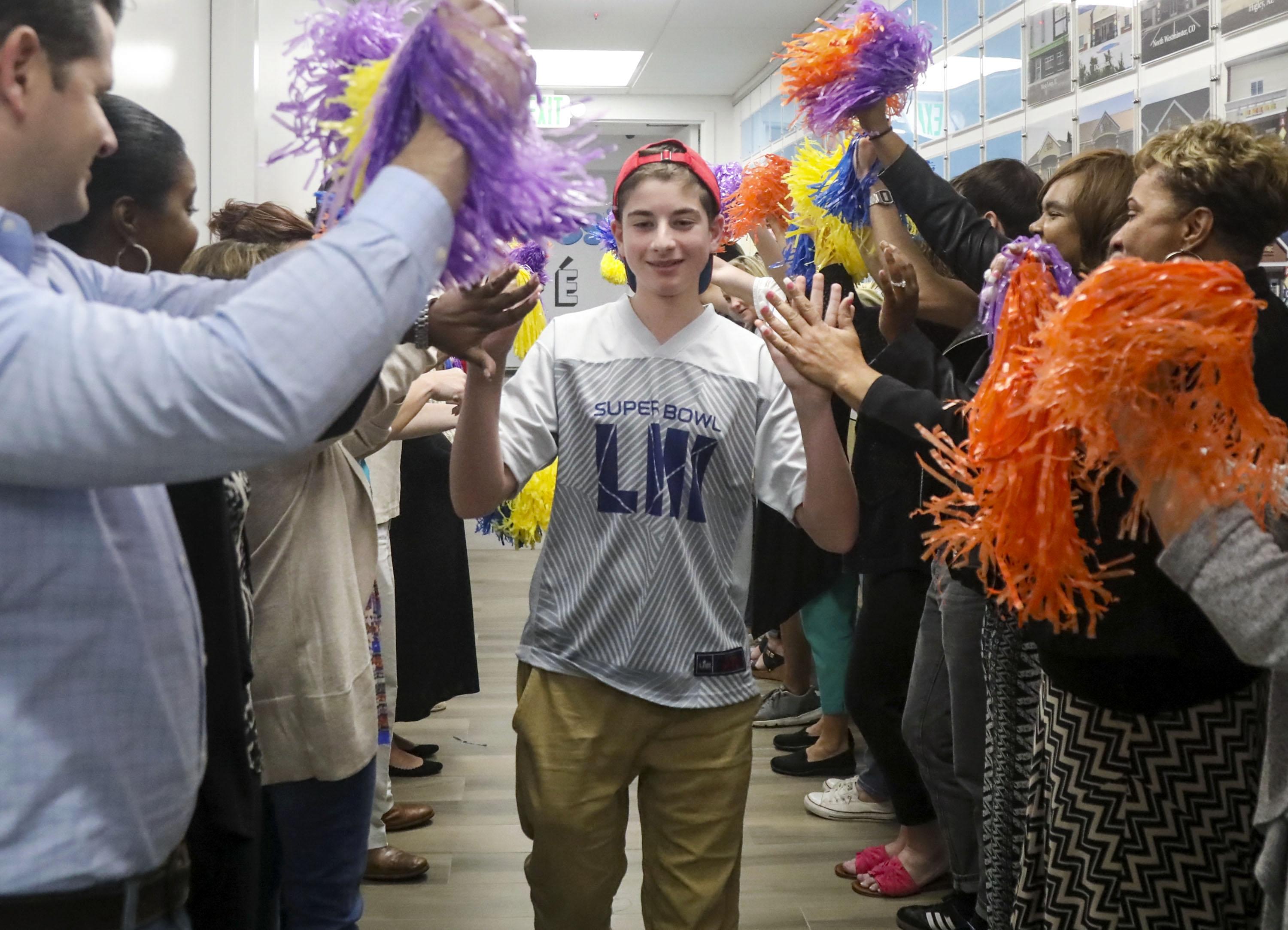 The boys shared their stories and favorite memories at the Super Bowl and how much their wishes meant to them. Ely shared that, “When I was feeling bad I thought about Make-A-Wish and how would I plan it, what would I choose, I would eat, breathe, sleep football and I have been thinking about this wish for a long time, and it really cheered me up.”

While Ely’s mother said her son can no longer play football, she believes this experience has given him a different outlook on how he can be involved in the game. “Now Ely wants to be a professional coach, with I thought was exciting and thought maybe this would be career changing for him,” she said.

The entire TLE family is dedicated to our mission statement “to make a positive difference in the life of a child, their families, and the communities in which we serve” which often involves participating in the brand’s fundraising efforts. Getting to meet children that have benefitted from those efforts is a great reminder of why our mission is so important.

“Anytime we can bring it in here to the office and show them the smiles on the kids’ faces, we do,” said Brad Wahl, The Learning Experience’s Vice President of Marketing.

Wahl was at the celebration and had the chance to see the boys’ smiles face to face along with the rest of the team. According to Kelly, getting to see smiles from the boys, their families, and those who helped make their wish happen is just more proof that “Wishes really do come true.”

Preschoolers at The Learning Experience Collect for Charity