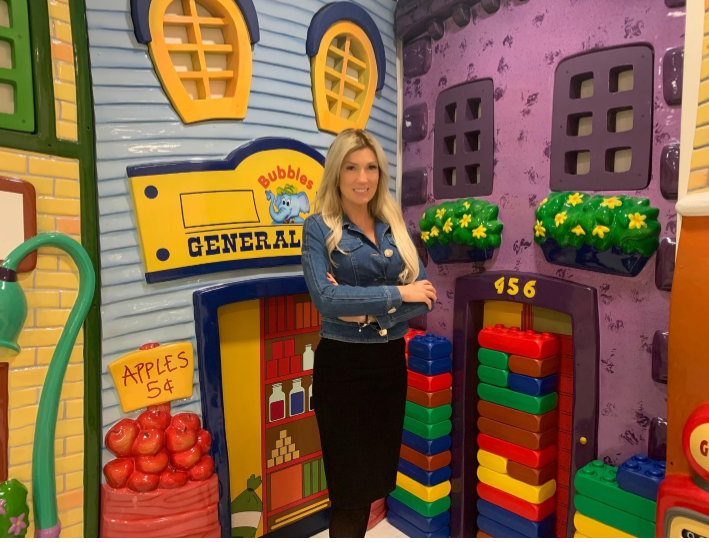 • Lynn Ann Zazzali is a former public school teacher who bought her first franchise location of The Learning Experience in 2006 with a loan from her family.

• After three years of business, she repaid the loan and now owns eight TLE locations in the greater New York metro area.

• Business Insider spoke with Zazzali about why she chose to partner with a franchisor, and how she was able to translate that relationship into her current success

Lynn Ann Zazzali became an entrepreneur the way many others have — she turned necessity into opportunity.

After 12 years as a public school teacher on a career track to becoming a principal, Zazzali decided to take a different direction and become a business owner.

She had seen a lot as a teacher, from high schools in rough communities to quieter elementary schools, and she’d earned a pair of Masters degrees.
The scales tipped when Zazzali was looking for childcare for her then-preschool-aged son and infant daughter.

“It was just a difficult process,” she told Business Insider. “I’ll admit, I actually started crying on some of the tours because the thought of leaving them with complete strangers was really daunting to me.”
That’s when her father suggested starting a business.

“We explored all different franchises, and we also explored opening our own [brand]. I have an education degree, I have knowledge of, the content, so it made sense,” Zazzali said.

But when Zazzali and her father met The Learning Experience founder Michael Weissman and his son Richard, she was impressed by their passion for building a community around childhood education.

“You can tell by meeting them that they’re vested in their company, and that it’s not just a business, but it’s a family,” she said.

So in 2006, backed by a loan from her father, Zazzali signed on as a franchise owner of a new TLE location that opened a little over a year later in Waldwick, New Jersey.

Developing confidence on the job

Having her family’s hard-earned cash on the line proved to be hugely stressful for Zazzali, who began to suffer sleepless nights worrying about letting her loved ones down.

Things got so difficult she asked the Weissmans about getting out, and they called her and her father into the office for a meeting with the corporate team.

Sitting around the a conference table, Zazzali recalls Michael Weissman saying, “We believe in you, and we know that you can do this. People like you — who really do have everything to lose — fight even harder.”

“And he was right,” she added, saying that he gave her his personal phone number to call if she suffered another 2am crisis.

The following year Zazzali was recognized as the TLE franchisee of the year, and within three years of running her business, she managed to pay back her father.

The importance of location

In addition to its educational curriculum, TLE boasts a proprietary real estate development strategy that guides the corporate office’s selection of new sites.

That was a huge advantage for Zazzali, who explained that commercial real estate and zoning permits are especially difficult to navigate in New Jersey, and have a significant bearing on the success of a business.

When she noticed new TLE locations popping up near hers, she asked Richard Wessman if there was a new opportunity for her. There was, and soon after those doors opened in 2016 there were even more.

In fact there were many more than that — TLE has added 62 units in the past three years, according to Entrepreneur — so Zazzali got a list of available locations in the greater New York metro area and went exploring.

Now Zazzali is the owner of eight TLE locations, three of which are still under construction, but all financed using the returns from her original center in Waldwick.

More than real estate selection, Zazzali says a key advantage of working with a larger company is that it allows her to focus more on serving her clients and less on keeping up with changing technologies and curricula.

“Something that a lot of families tell us is that when you walk in the doors, you feel like you’re part of a family,” she said.

That’s made easier thanks to robust educational programming that Zazzali trusts, as well as up-to-date classroom tech and customer relationship management tools.

“We all have the same curriculum, and we hold each other to the same policies, procedures, and standards, but we’re all going to have that unique culture,” she said.

After all, with real limits on classroom capacity, TLE’s business depends on getting the personal touch just right so that families sign on and stay connected throughout their child’s education.

“When we have conversations or staff meetings, we always say our field is very different because we really can’t make mistakes. You just can’t,” Zazzali said.

In a business like that, it’s easy to see why you wouldn’t want to go it alone.

As featured in Business Insider: Click here for article