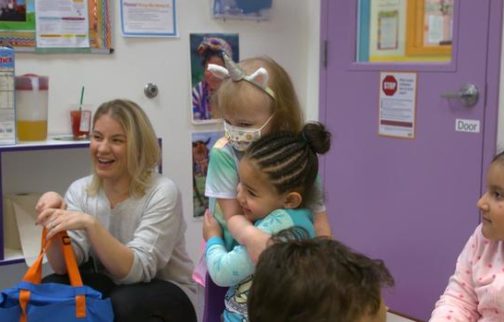 Five-year-old Riley Chicino’s tiny classroom chair has been empty since she was diagnosed with leukemia last summer. Riley’s mother, Kaylie Manger, said the hospital stays and chemotherapy treatments have been a test of strength for her feisty daughter.

“She was just saying, ‘I wish my bones weren’t sick anymore,’ and she just fell on the floor,” Manger told CBS News. “I couldn’t say anything. I just hugged her and said, ‘We’re gonna get through it.'”

To show support, Riley’s pre-Kindergarten classmates have special dress-up days, wearing superhero costumes, wild hair and pajamas. “I miss her so much,” one classmate said.

They’re also helping to raise money for the Leukemia and Lymphoma Society.

As Riley surprises her classmates, the impact she has on them is something to behold. She was showered with hugs and words of encouragement. “You’re our hero,” another classmate told her.

“We have missed her so much,” Jessica Ellis, director of The Learning Experience, said as she wiped back tears.

“What did you think when you walked in and saw all of them?” CBS News asked Riley.

Led by their very own brave warrior, this community fights on.

“To have that kind of support when you’re going through such a hard time, and you have someone there you can lean on if you need to — It’s priceless,” Manger said. 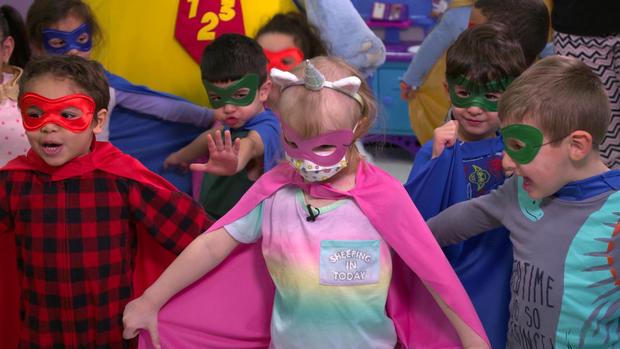